MILE 12 MARKET: WHAT WE EXPERIENCED

We all have different views on what a market is and how we would like to shop. Back in those days, (after living through another decade I could use that line), I could say the definition of a market has changed. And people too. The first time I went to mile 12 market, I had just completed secondary school and was awaiting admission into a federal university. So my mum suggested I went along with her and I was cool with the idea since I really wanted to see how mile 12 looks like. ( I still confuse mile 12 for mile 2 though).

It was my first time and I must say, the experience was overwhelming, from the hustle to the way my mum held unto her two purses. I was one of those purses when we got to the market, the mallams, the “eru” women down to every staunch of air I could perceive. When we got back home, I had to write down the experience and my mum laughed at me because I went to the market and was journaling my experience. She said jokingly. “you’ve not seen anything”.

We practically had to dodge men carrying heavy bags of onion and tomatoes, each man striving for himself with wheel barrows and trays. Halting and shouting seconds before they get to their destination. I’m sure stepping on toes won’t be a big deal there (literally). The market reminded me of The farmished road, a book by Ben Okri. It was real, the struggle and hustle to feed daily, the kind of food they ate and how the men slept in clusters. Not to mention the environment and how rough it was.

Interestingly, It would go on to be my second time going to mile 12. This time, not with my mum. I went with two of my sisters, Eseosa and Hope. We had the plan to leave the house as early as 6:00 am. Fortunately, we ended up leaving the house few minutes after 4:00. Don’t judge us puhlease.

Amazing fact you should know yeah, remember what they say about how language brings people together, we had the magic wand because Hope is fluent with Hausa language while I and Eseosa could squeeze out bouts of Yoruba and Pidgin. So we were game. By the way, it was Hope and Eseosa’s first time too. So it was kind of a big deal as we didn’t want to be gba’d. (if there is a word like that).

Mile 12 is a market that is popular for it’s wide range of food stuff and products eaten by Nigerians. It’s probably the place the woman at your street junction buys her tomatoes from and sells in bits to you. Just kidding. I wouldn’t know. If you are based in Lagos. The market has a lot of entrances with particular types of food products having their sections.

Here’s the most amazing thing I saw. Persons that sell yams have an association. Like they have an association! And it got me thinking, what were they going to talk about in the meeting. It would probably foster cooperation and unity among them.

When we got to the market, we had barely walked 5 minutes into the market when a woman approached us. She was probably in her thirties or early forties. She carried a steel bowl along with her and kept following us. It was quite weird, so we had to halt and surprisingly she did the same too. I remember they describe what she does as “gbe’eru” meaning load carrier or “alabaru”. Flashback to my first experience. I asked my mum how persons like that survive on a daily with children. Dang! Life is real. So back to the point, she went along with us, helping with the food stuffs. At certain points when we looked at her, she seemed happy. Eseosa wanted me to get into a discussion with her about her life and experiences, living in lagos and all. Unfortunately, we were far behind time so we had to leave.

Something interesting happened that day. We wanted to get frozen food, and we did not know exactly where to go exactly. The woman was kind enough to take us there. When we got there, we met a woman seating in one chair that seemed like a throne to her. She wore a complete buba and wrapper with her head gear tied half way. She was a typical yoruba woman. Eseosa asked for the price of the chicken and she called a price which when we thought about it seemed like we were going to be gbad. Lol. So I decided to put a call through to my mum to find out about the price. Io and behold, it was similar.

In the meantime, Eseosa and Hope got engaged in a conversation with the woman who was now smiling with them. When it was time to weigh the frozen food, the woman wanted to “change” it for us because of mathematics. Just plus and minus o. She said she went to school too that we should not teach her how to sell her market. She said and I quote “I went to new era grammar school, 1986 set ask anybody”. She was so proud of herself I could feel her brows going up. Coincidentally, you would not believe it but Eseosa also finished from New Era Grammar school, 2006 set. In our minds, we were like That’s right, bring it on cause she was so excited and even agreed to take pictures with us. She smiled with us. That kind of smile you wear when you see your fellow alumnus.

We couldn’t get all we wanted to get due to time constraint. However, It was worth every moment.
Next time, if and when I’d be going to the market, I would still not go alone.

ps: My Yoruba needs to be brushed up. lol

ALSO, read 5 amazing ways my idea and yours play together

I find expression writing about life, style, and personal development even as it relates to our day to day activities. This is coupled with the fact that words have a lasting impact on people so I ensure to use them for good.

What’s in a Name?

ON LIVING: IS GROWING UP ACTUALLY A SCAM 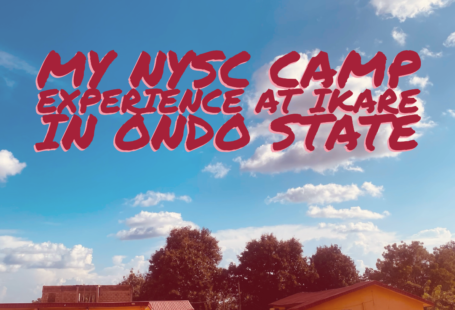 MY NYSC EXPERIENCE AT IKARE IN ONDO STATE| I SEE, I SAW

How Many Times Do You Become? 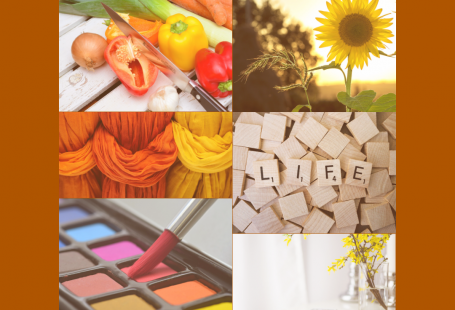 What Is The Nicest Thing Anyone Has Said To You?

20 comments On MILE 12 MARKET: WHAT WE EXPERIENCED

This site uses Akismet to reduce spam. Learn how your comment data is processed.